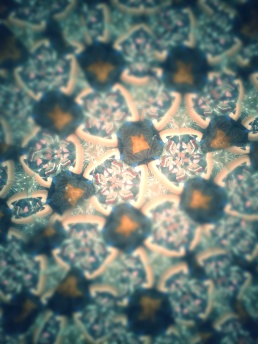 That is all we are I reckon.
All slightly different kaleidoscopes viewing various, distorted shapes of life.
I believe truth is the sum total.
Because our existence and reality is so subjective and our scope of higher-intelligent understanding is so narrow, we tend to collect little shards of truth through life via experiences.
At best we will get a slice –  A lesson of the sum total.

We then try with our conscious and subconscious effort to make sense of these shards of truth,
arranging them as we see fit and what makes sense to our subjective reality.
Due to the fact that at this point in our evolution we are so subjective and individually minded (and largely ego-centric, if you will) that we often forget that the next person experienced a different shard or slice of the sum total of truth to what you, or anyone else has.

As time goes on these collection of slices and shards take personal or subjective shape.
We are continuously shifting and moving pieces next to one another and it often seems random and abstract, because we often don’t get to experience the various wholes of the truth in one life time, but it is no less beautiful.
This kaleidoscope of mismatched, disjointed and Subjective-abstract truth looks incredible.
Full of various colours and shapes and each kaleidoscope sees a different distortion of truth.

As beautiful and entertaining as the expression of each kaleidoscope is, we must bear in mind that it is an illusion and often the real truth lies outside the scope of the kaleidoscope.
Perhaps if we were consciously and willingly to shift our perception and challenge and add to the shards we have each collected, we could put down the kaleidoscope and see reality for what it really is.

I’ve been quiet. In a world that seems to compete for attention with who can make the loudest noise, I find myself sinking into the background. And when I feel I have nothing of relevance or importance or nothing I have said a thousand times before, I find I hold my tongue. Perhaps these photographs will make up for my silence.

Yesterday the electricity died. It amazes me that such a simple concept, which we all have become so familiar and dependent on, can cause discomfort in our day-to-day lives. No hot water, no tea or coffee. No warm food, unable to cook. No electronic form of entertainment, although I did use what little power was left on my laptop to write a few sentences.

As the morning turned to afternoon, everything seemed as per usual, but the appliances were all still temporarily in limbo. On the up side, there was nothing to steal my attention and I managed to start writing a story that I plan on turning into a novel. With the absence of electricity I was able to submerge my thoughts deeper into my story. I created an alternate world, a fantasy world. It is only the beginning, but the ideas are there.

As the afternoon slowly became evening, the trees began casting shadows upon the bedroom wall. I witnessed the sun dim as it traversed beyond the horizon, leaving me with light shades of shadow. As I sat in the darkening room, there was no electricity to create an artificial ambiance. The air was becoming cooler; darker. I sat in growing darkness, just listening to the world. Listening to other people’s lives play out.

Darkness was now on shift and the evidence of dead electricity was obvious. How did the past cope? I had no choice but to embrace the death. I turned to the faithful ancestor of electricity, the humble flame. The flame could not power a TV or a kettle, and barely emitted enough light to read. Yet there was something about sitting quietly in the dark with a few flames flickering for comfort. Whilst I sat in the company of my thoughts, it wondered; “We, humans, have come so far. We are so technologically advanced, we can send a man into space, we can communicate the world over, and produce just about anything. But what do we have without the electricity to give life to our imagination?” The times have changed and the pulse has quickened, the humble flame can no longer perform the duties we require. We now have the blessing of electricity. Is it a blessing, or is it a curse? I suppose it depends on which side of the fence you are on; the side that has it, or the side that doesn’t. Everyone mourns the death of electricity. Perhaps in its death we gain freedom. Freedom from our attention stealing devices. These are the thoughts that crept in the day the electricity died. 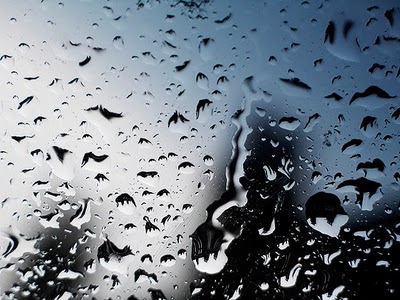 Watching the world cry from the safety of my nest.
I see & feel the tears rolling down the panes,
but not of pain.
Everyday is beautuful.

I am truly grateful having the few of you regularly check my blog posts! Thank you! I thought I’d try a little interaction with you nice folks. I would like to find out what are some of the things that occupy your thinking?  What are some of the great questions you have about life? What topics do you like having a rant about? Please leave a comment, I’d sure like to hear what the world thinks about. What is in your mind, may just inspire me. And we should all be looking out for inspiration…